In the course of paying it forward, author F.C. Etier, aka "Chip", tagged me, Cindy Amrhein and Jess Schira  to write a "Paying it Forward" post. Chip, a frequent contributor to the Venture Galleries Group, is a great writer and a good guy--a big supporter of fellow writers and authors.  Thank you, Chip, for the opportunity to link up and write about, well...writing.
In the post, I'm supposed to answer four questions: What am I working on? How does my work differ from others of its genre? Why do I write what I write? How does my writing process work. So, here goes.
Writing. I live it, breathe it, love it. And although I love the job I do forty-plus hours a week outside the home, it can't hold a candle to writing. Currently, the biggest part of my writing focus is spent on my work in progress, working title "Tayden". Mostly at the editing stage, I share it weekly, 8 little old sentences at a time on Weekend Writing Warriors . That's where I ran into Chip.
If you read Chip's post, you know how he feels about genre. And I completely agree. I suspect that although the number of books written in tightly defined genres might be static, it's more likely that it's falling while the number of books blurring the lines between genres, or creating sub-genres, is skyrocketing. Tayden fits into the latter description: a blurry-line book. It's scifi-ish, dystopian-ish, and fantasy-ish.
I think that along with entertaining us, there's something to be learned from everything we read. Some scifi/fantasy writers create incredible alien creatures and cultures that don't resemble humans and their behaviors. Mine tend to have very human qualities in spite of the skin they're in. My stories all lean heavily on human elements, dynamics, human nature. And the reason is that although I'm capable of writing about life forms vastly different than humans, it's far easier to learn from a story if we can relate to the conflict, the trials, and the emotions that the fictional characters experience.
I've infused the story of "Tayden" with the theme of intolerance. Setting it on another world with beings other than humans is my attempt to subtly draw a parallel between intolerance, bullying, and discrimination there in the fictional world, and here in the living, breathing, world. But, my main goal is to entertain, otherwise it might as well be a textbook, right?
Pantser by nature when I write, I know how the story starts, and I know how it ends. I know the basic arc, but everything else is dictated by my characters when they begin to interact. I know it feels real to me when they start talking to each other, so I hope it feels real to the readers. This does create a lot  more work in the editing process. I wrote Tayden 3 years ago, and am still rewriting scenes in it. I work with a crit partner who edits each of his chapters before he moves on to write the next. I envy that. I try. It's difficult to fight my nature. :-)
Maybe part of it just comes down to this: I'm on a journey to be published, learning as I go. I write. I edit. I'm fortunate to have met so many great writers along the way. The destination is there, and I'll make it. But I can't discount how much joy I'm getting from the journey.
I think tht covers the questions, plus. Now I'm going to email the three writers I'm tagging for this post.

Welcome Warriors, and Snipsuns, and anyone else who wanders in. I hope everyone is having a good weekend. If you're in the USA and traveling for the holiday, be safe on the highways. I'll be heading out later today with hubby and two dogs heading an hour and a half north to our daughter's house for a barbecue. Tomorrow, the local small town has a parade and a Memorial Day Ceremony at the gazebo in the park. It might take me a day or two to make my rounds to read all of the great snippets.  :-)

Set up. I've skipped ahead a few paras.  They've finished eating, and Fode (the Port Operator) is tired, and he's questioning the plan that Kad and company have decided.


Fode glanced at all three of them, then propped his elbows on the table. Lifting his fingers to his temples, he began to rub in a circular motion, making his eyes open, then nearly close, open, then nearly close.  “Are you sure you wanna head upriver tonight?  Awfully dark by the time you get there—to be heading into the mountains. You know what I’m saying?”


Kad had a gut a feeling that the guy was okay, but still nodded at Drave, looking for his opinion. The big guy always seemed to have a crystal ball when it came to picking out sneaks and snitches.
Seems that they've worked through the worst of it without Drave drawing blood. ;-)
That's it. What jumps out at you, good or bad? I'd love to hear it.  Thank you so much for reading this.
Posted by Teresa Cypher at 10:50 PM 40 comments: 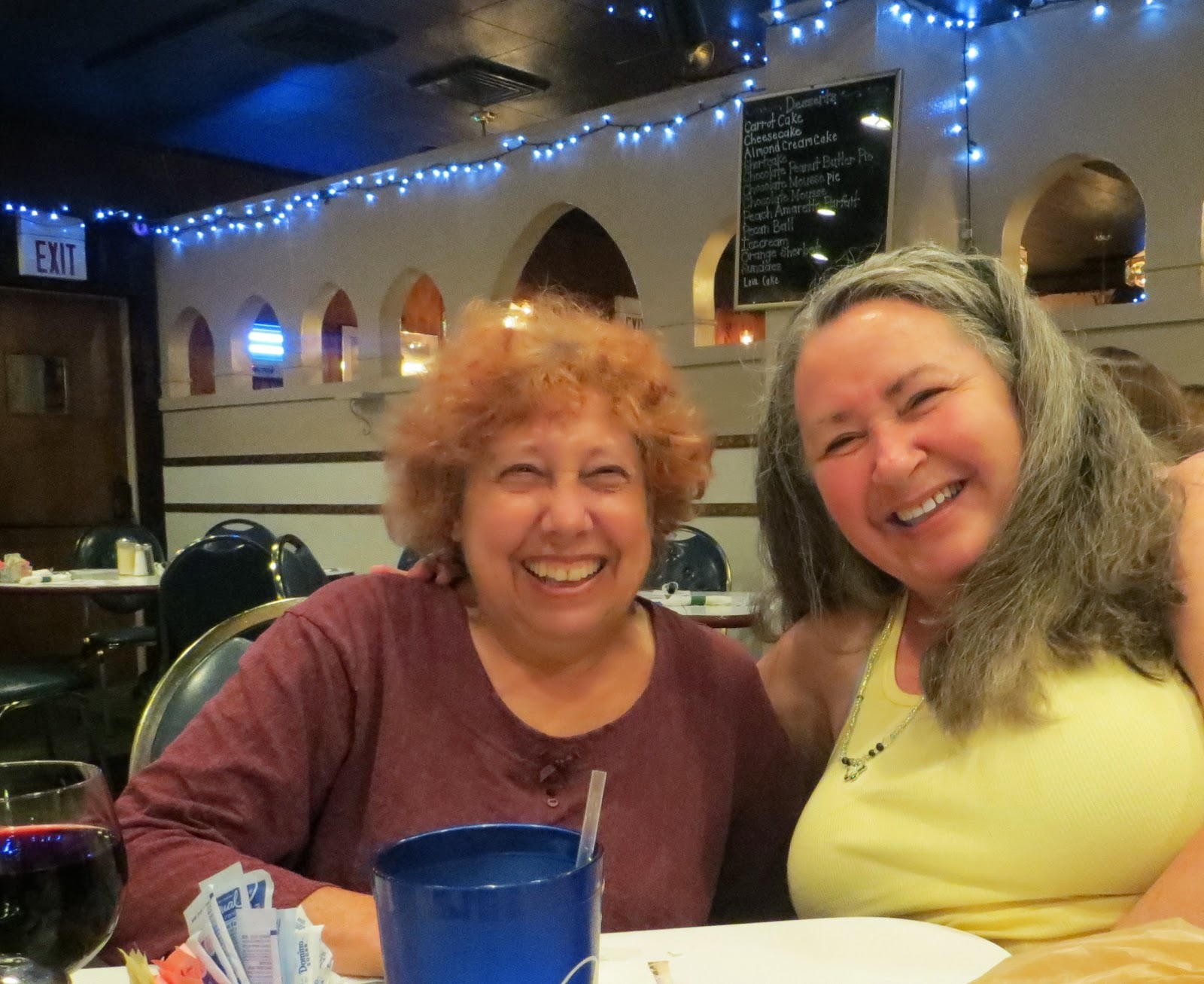 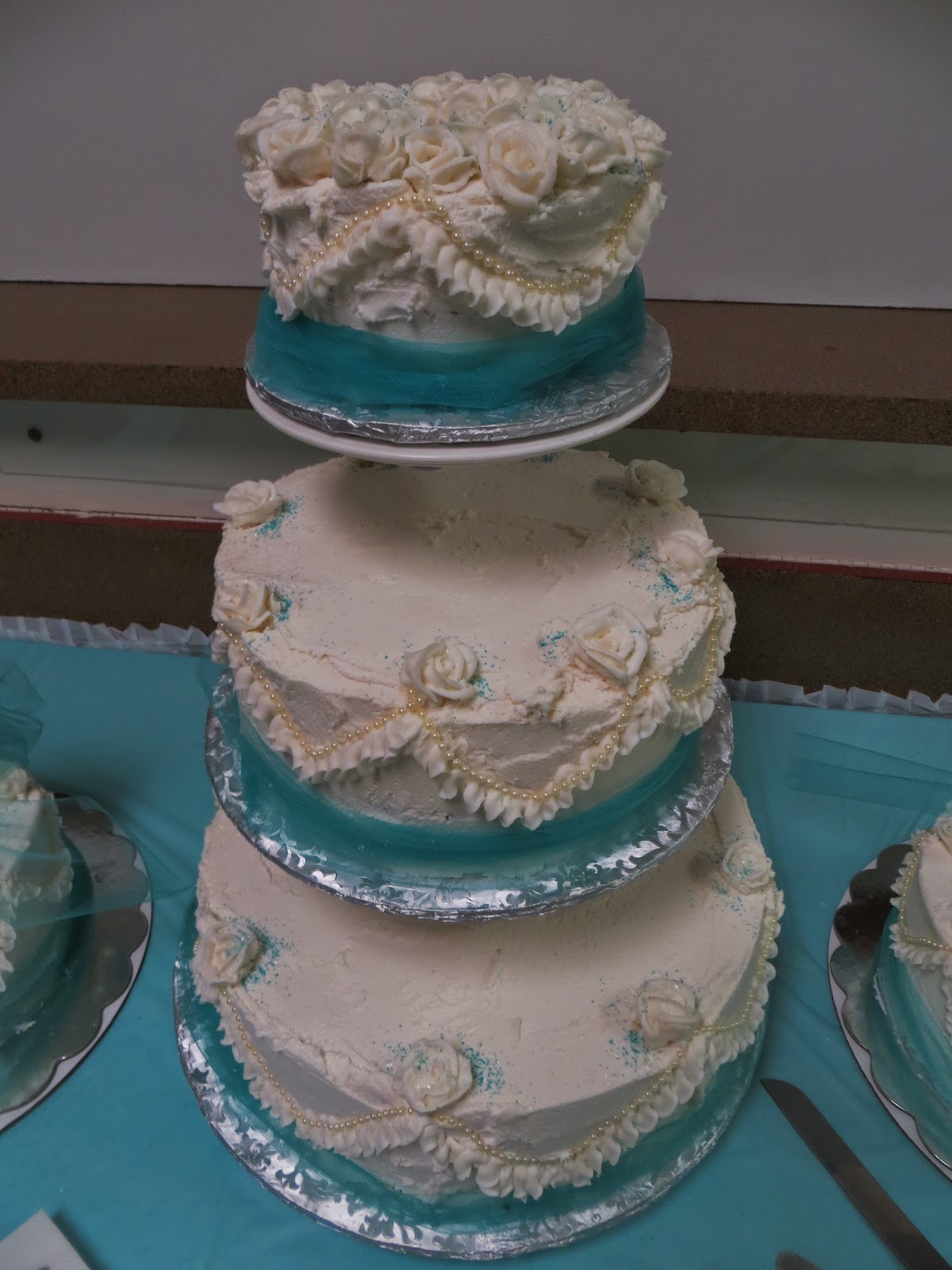 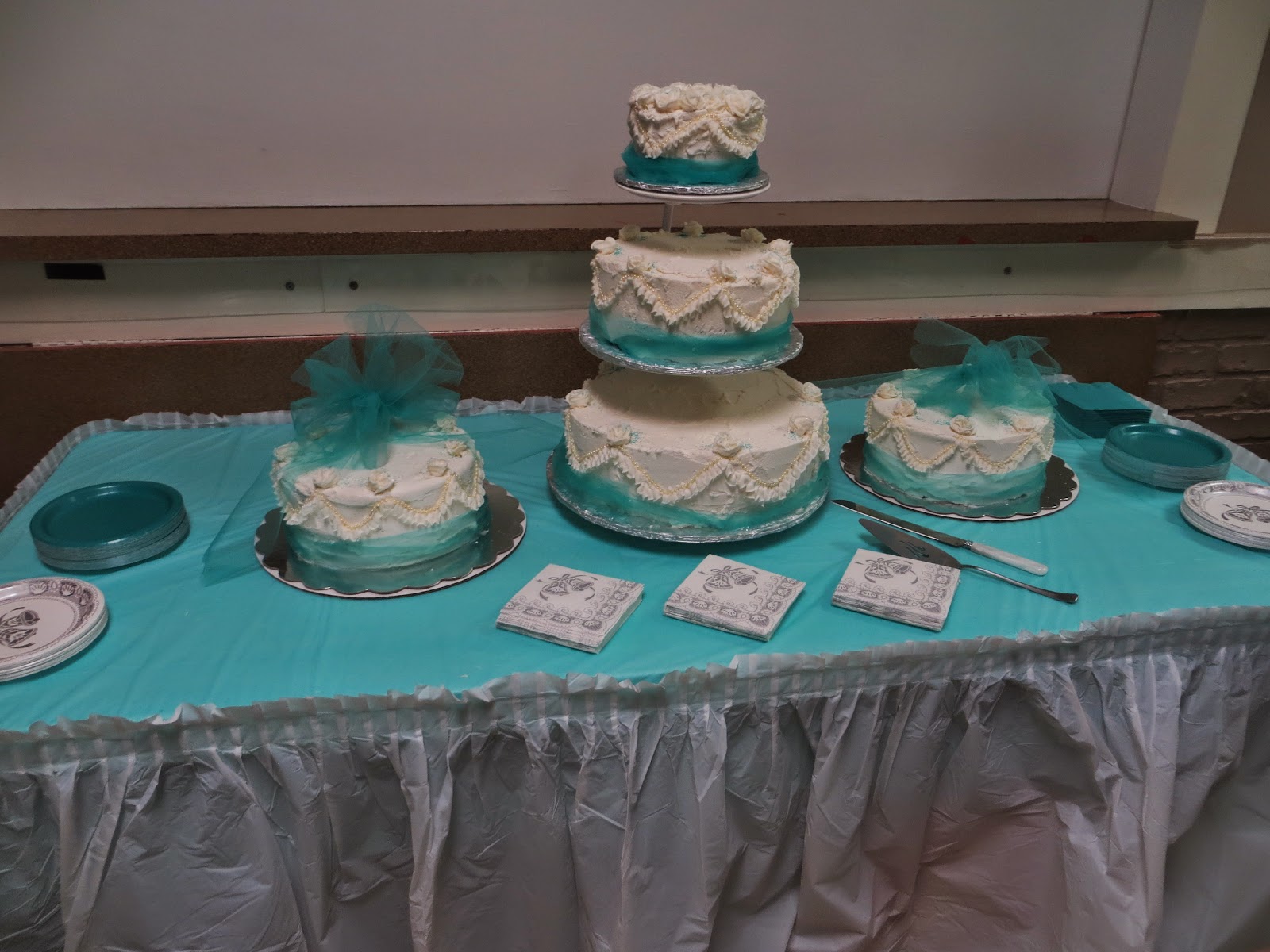 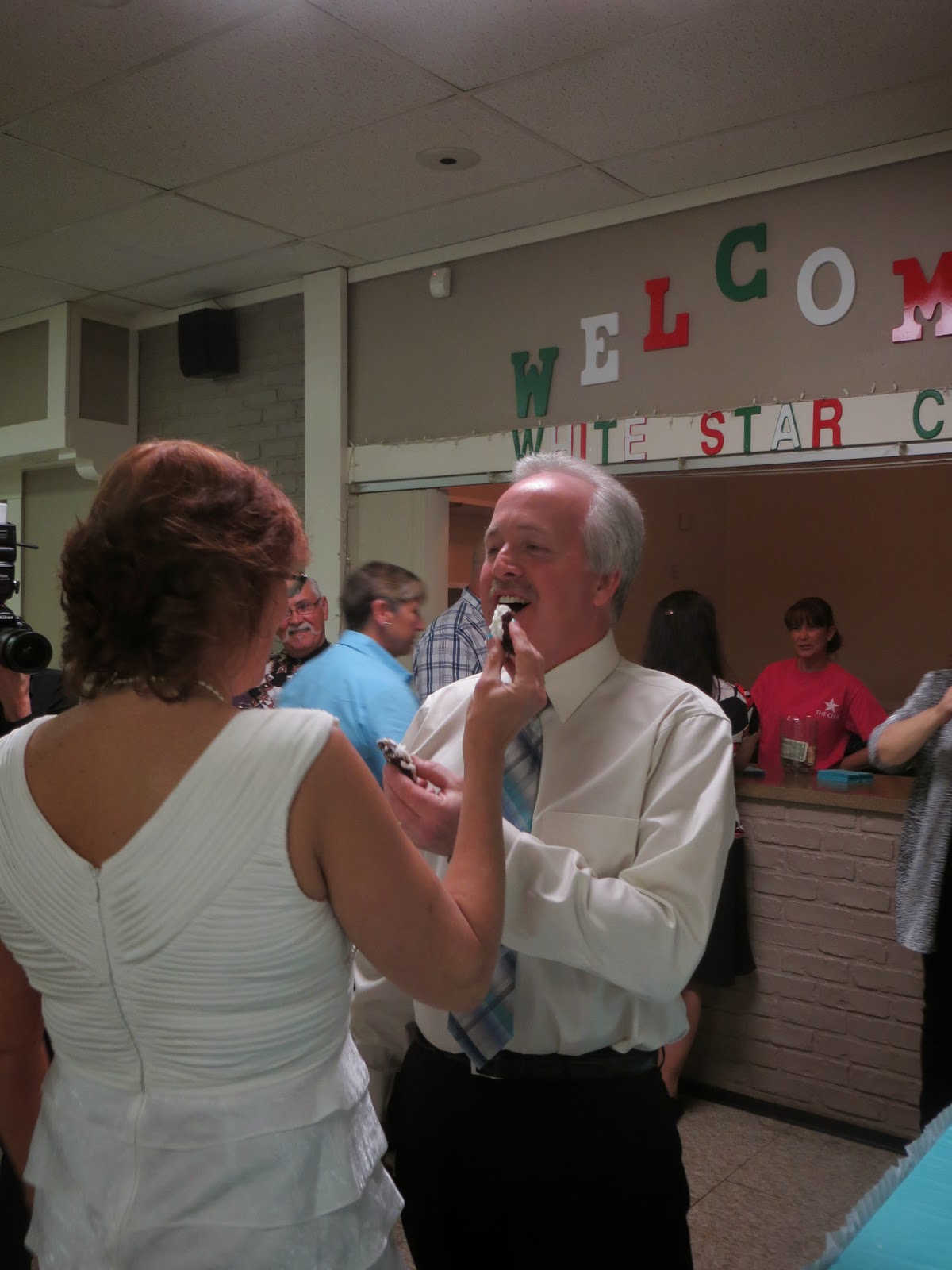 The reason I didn't do a Weekend Writing Warriors post today :-)  This cake: it's baking and decorating sucked the time right out of my Friday and Saturday. But my friend liked it, and that made it all worthwhile. :-)  I'll be around to visit wewriwa Warriors.

Happy Mother's Day! Whether your children have two legs or four! :-)  Have a great day all.

Welcome Warriors, and Snipsuns, and anyone else who wanders in. Happy May!

Set up. I've continued where I left off last week. Tayden told the Port operator (against Drave's will) that he can sit at their table. Drave either cautiously or rudely ignored the Port man's handshake gesture.   The Port operator ordered his dinner, and asked the server if it's the local river fish. Tweaked punctuation to fit into the 8 sentence limit.


She smirked, and her voice was full of feigned indignity when she said, “You jestin’ fool. As if we’d be servin’ any of that Dom-Cen garbage.”
The Port man winked at her, and then mumbling to no one in particular groused, “We don’t need it, none of it. They can keep their Dom-Cen noses out of our business. We’ve always taken care of ourselves, and you can bet all your tomorrows that their supplies and help come with strings attached.  It'd take a halfwit to be hornshwoggled by Central's handouts." As his eyes shifted from face to face to shadow, he seemed careful not to let them rest on Drave for too long--and that was good. Whether the motivation was respect or fear was of no consequence; either one would keep his bones intact.

Thank you so much for reading this. Have a good week!
Posted by Teresa Cypher at 10:48 PM 48 comments: