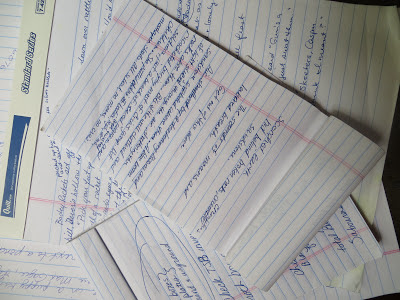 What does a recently discovered written language of the Picts (an Iron Age society that existed in Scotland from 300 to 843) and modern day cursive have in common?

If those in position of choosing future education standards have their way, both will be extinct.

In an article that caught my eye, a young court witness was asked to read a letter out loud, and her response was, "I don't read cursive."

Two states, as early as 2011, dropped cursive from their curricula in favor of teaching keyboard proficiency.  And from this article Is Cursive Writing Dead?  "Very small proportions of adults use cursive for their day-to-day writing," Polikoff said. "Much of our communication is done on a keyboard, and the rest is done with print."

Seems ducks are lining up in a row to do away with cursive.

I don't know which side of this you are on--whether you feel  it's important to maintain the cursive teaching standard, or if you feel that  it's teaching time that could be better spent.  But the idea of removing cursive from classrooms did bring some thoughts to my mind.

The first thought is our signatures. I like mine. ~smiling~ And I think a signature is a matter of pride and often, a matter of promise, but in all respects, I guess it's not actually a guarantee of identity, huh?  So, for legal documents, deeds, marriage licenses, a driver's license...  Will we thumbprint? Retina scans for everyone?

You know, I have a scifi-ish ms that actually utilizes that.  The future is now.

I like signing birthday cards in cursive. My big, sweeping letter T topped off by a fancy loop, and the way I church up the Y in my last name. I'll miss them...

Will our historical documents become unreadable relics to the masses? The Constitution, The Declaration of Independence, the Bill of Rights, for a few examples. And future generations will be relegated to the word of historians and scholars educated in the ancient written language of Cursive.  Hmm... sounds sort of unbelievable.

But, think back to that ancient language of the Picts.  (For article on the recent discovery of it, click HERE)  Someone, a long time ago, could read it and write it.  But for some reason--albeit likely a much different reason than cursive is headed the way of the dodo, it became unused.

What I do find fascinating is that we are experiencing an inevitable part of existence. Language evolves. Spoken and written, it changes over time. What is so different about this bit of evolution (in my lifetime) that makes it so very fascinating is that it's such a dramatic change. It's not being precipitated by a tribe breaking up and drifting in different directions for better hunting grounds, and it's not because an entire culture is being decimated by disease or war.

We are bearing witness to such a staggering change.

And it is staggering. We are on the precipice of a great change that will affect millions. We will create the first generation of people who will NOT understand what it is still mostly a commonplace means of communication, a means of correspondence.  Staggering...

I use cursive everyday. I do considerable writing at work, but admit that it's mostly in the form of notes in my lab notebook. Reports generated by that lab notebook data invariably take the form of a Word doc, or an Excel form. But, maybe me and my longhand kindred spirits are a bit like dinosaurs. Yet, I do like much of modern technology.

In summary, nostalgia aside, that leaves me sitting on the fence. My jury is still deliberating this one.

Where are you on this? Do you use cursive? Is it obsolete? Continue teaching it, or stop?
Posted by Teresa Cypher at 3:28 AM